My first book (click on the image for details) is called “The ARTILECT WAR : Cosmists vs. Terrans : A Bitter Controversy Concerning Whether Humanity Should Build Godlike Massively Intelligent Machines”

If you would prefer reading an electronic version of this book, you can download it for FREE from (here). This download is in .pdf format)

YouTube deleted my masculist channel in 2019, so my Artilect War book (read aloud and videoed) was also uploaded to Minds (MindsVideos), and to BitChute (BitChuteVideos)

It claims that a major war over species dominance (i.e. whether humanity should or should not build massively intelligent machines, called “artilects” (artificial intellects) later this century, killing billions of people (“gigadeath”) using later 21st century weapons) is almost inevitable. This war will be fought between the “Terrans” who will fear being exterminated by the artilects, and the “Cosmists” and “Cyborgists” who want to build godlike artilects or modify themselves to become artilects, (i.e. cyborgs) which would have mental capacities trillions of trillions of  times above human levels. The species dominance issue will dominate our global politics this century. It is the dominant question of our age.

This book was published in 2005, but is it is only in 2011, that its message is starting to reach the international main stream  media. (See the  Media  section.) 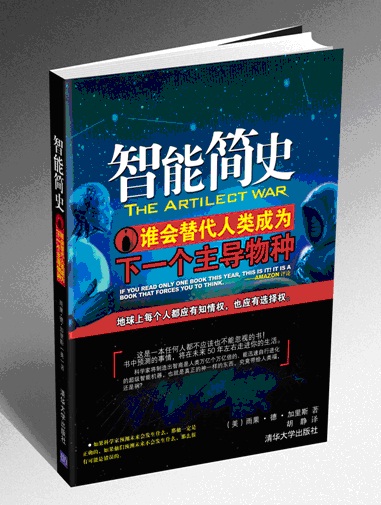 This is the Chinese version of the above “The Artilect  War” published in 2007 by Tsinghua University Press,  which is the Chinese equivalent of MIT Press. Of course I cant  read it, and hence have no idea what  the Chinese are saying about its ideas, but they are saying a lot. If you type in  my name  in Chinese (April 2011) on google.cn you will  get 200,000 hits, which is  double what  I get on google.com in English.

My second book (click on the image for details) is called “Multis and Monos : What the Multicultured Can Teach the Monocultured : Towards the Creation of a Global State”

If you would prefer reading an electronic version of this book, you can download it for free from (here).

TO VIEW ME READING OUT LOUD THE WHOLE BOOK FOR FREE ON YouTube, click (here). (Scroll down to video 92).

YouTube deleted my masculist channel, so my Multis and Monos book (read aloud and videoed) was also uploaded to Minds (MindsVideos), and to BitChute (BitChuteVideos).

It claims that “monos” (i.e. mono cultured people) suffer from adherence to the stupid,  inferior customs of the monoculture that programs them. They would be happier if they absorbed the superior customs of other  cultures, i.e. if they became “multis” (i.e. multicultured people). The main thrust of the book however is to push for the creation of a global  state (called “Globa”) which an internet that doubles its speed every year (and many other factors) should make possible by mid  century. Globa would rid the world of war, of nuclear weapons, of the arms trade, of ignorance, of poverty. Creating Globa should be the main political  goal of the century.

My third book is self published. Ive become a FIMmer (Free Information Movement member) so Im motivated to publish my work for free for the whole planet. This third book is called “de GARIS ESSAYS” These essays are about the rise of massively intelligent machines, religion, education, politics, global state, femtotech, and society. It is downloadable for free (here) and keeps growing as I add new essays.

My fourth book is self published. Its a collection of essays on the theme of masculism (a term I coined in the 70s) which was a very strong interest of mine in the 80s. With the current rise of MGTOW (men going their own way) my interest in this topic got rekindled. Its title is “MASCULISM : Essays on the Male Rebellion Against Working for Women.” It is downloadable for free (here) and keeps growing as I add new essays.

My fifth book is self published. It is a collection of comments sent by me to the YouTube channel of Sandman, a prominent MGTOW (men going their own way). I’ve been making daily comments in the comments section of his videos for months, so have compiled them into this book. Its title is “de GARIS to SANDMAN, A Collection of Masculist Comments”  It is downloadable for free (here) and keeps growing as I add new comments.

My sixth book is self published. It is actually my first written book, because it is my old PhD thesis. I found an old DVD disk containing my research papers dating from 1987-2010, and my PhD thesis. This thesis was written in the form of a book, so I can include it here. It is concerned with the evolutionary engineering of artificial brains. It is online for free (here)

My seventh book is self published. It is a collection of flyers (short essays of a page or two) to serve as a resource for MGTOWs/masculists in educating other people about MGTOW/masculist ideas. It is called “MGTOW/Masculist Resource Flyers” It is online for free (here).